With rare pepe trading there are several things coming together 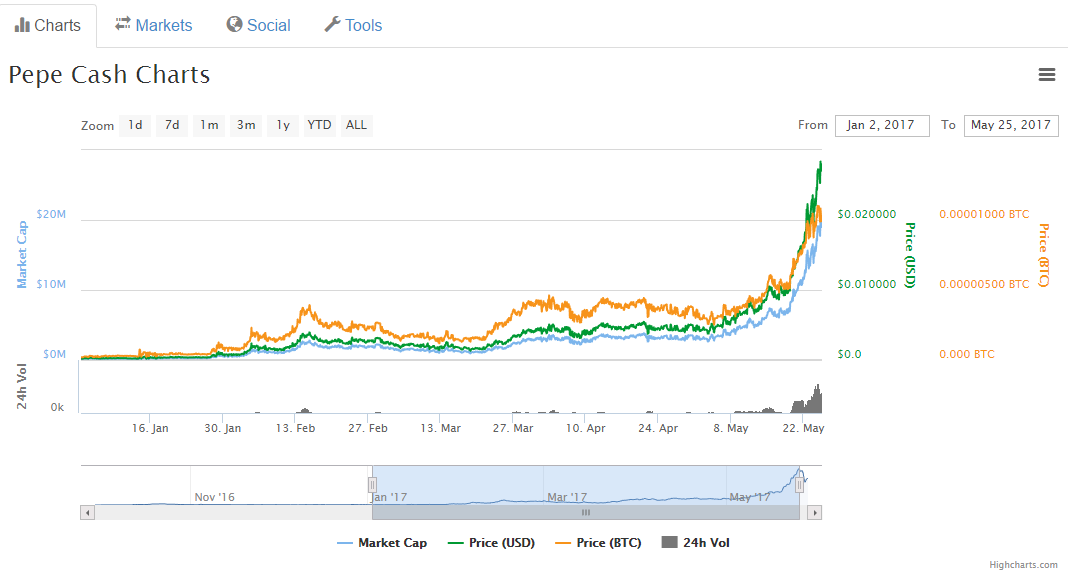 “With pepe trading there are several things coming together as an extra: Memepower, Curiosity, Human nature of collecting all sorts of stuff, Hope for profit, Community, Interest in Blockchain Technology and above all – the lust to make fun about everything and everybody,” Bates wrote.  “It’s the mix of it all.”
So how do we begin…
Pepe the Frog began as a web comic by artist Matt Furie: 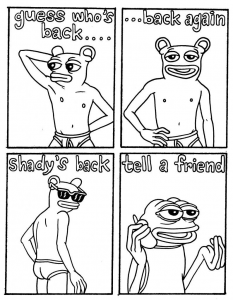 Soon 4chan adopted him and like all nefarious Internet stuffs that is where Pepe grew from a comic tadpole into a full blown internet meme. 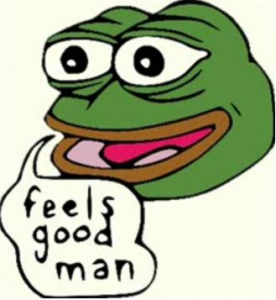 Even normie celebs like Katy Perry and Nicki Minaj got in on the action: 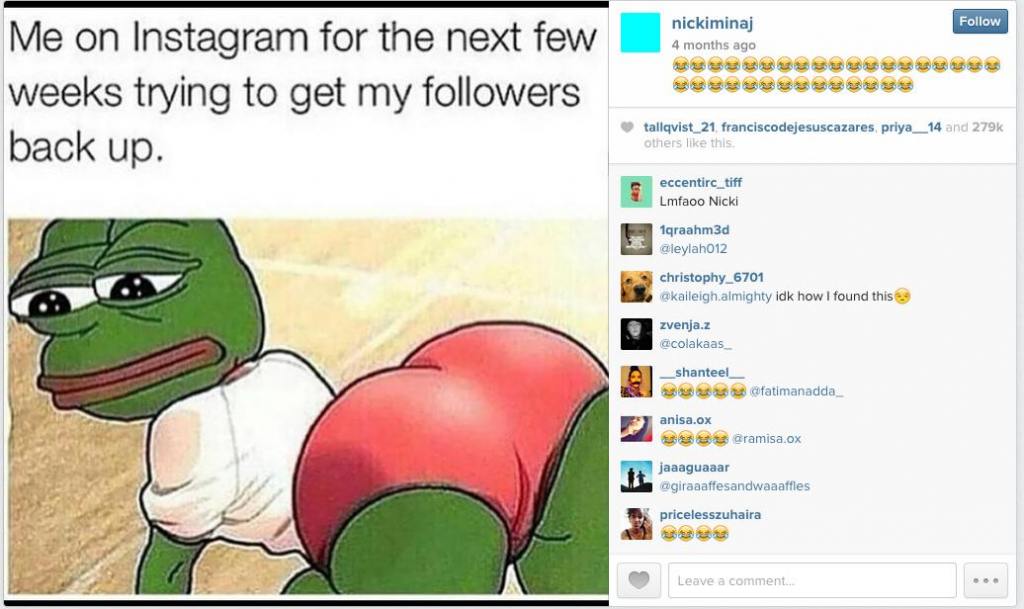 We may have reached peak Pepe during the ’16 Election when the altright movement adopted Pepe as one of their xenophobic own and the Donald even retweeted a Pepe selfie: 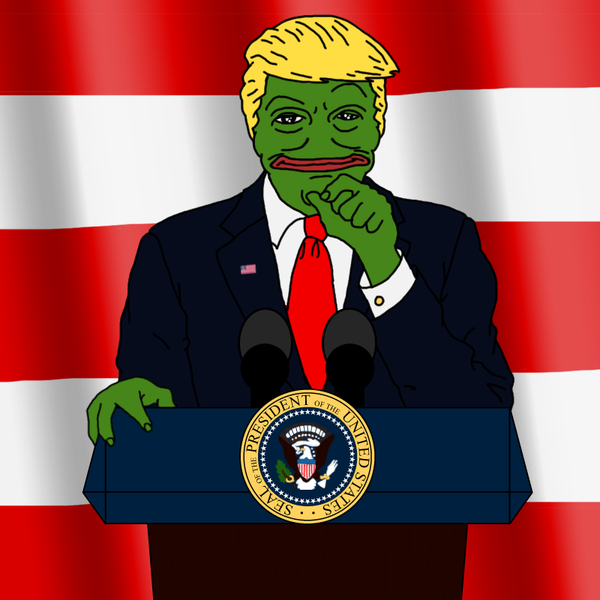 That’s the beauty of a true meme. Like a newborn baby, it cries and poots in ways you can’t predict.
Pepe art would continue to evolve as enthusiasts began to ironically to declare their Pepe creations as “rare”, knowing that as gif and jpg and png files, copying was instant and free and unstoppable.
This is the birth of Rare Pepes. 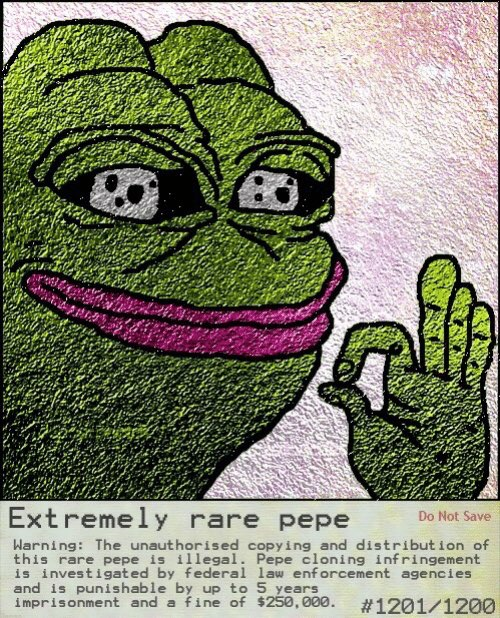 But He wasn’t done yet. His frog eggs would soon spawn a quasi religion, complete with a deity named Kek inspired by an ancient Egyptian frog deity. This is folks.
And it only gets weirder. So now we have Rare Pepes – rare digital art which isn’t rare – and Kekism – a religion with an amphibian godhead and truly dank slogans like Feels Good Man and Stay Alpha.  But then something happened to put them together into a magical combination:
PEPECASH. 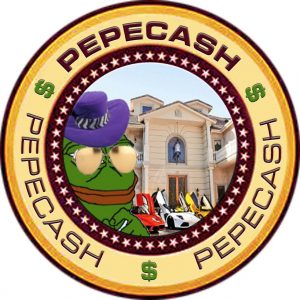 Just what is PEPECASH? It is one of the most interesting behaviors to arise from blockchain world. Sure investing in bitcoin and ether has made many early adopters lots of cash money, but there is still far more hype than substance.
But Rare Pepes and PEPECASH are the canary in a very intriguing coal mine. The Pepe community took the idea of Rare Pepes and actually made them rare. They used the Counterparty protocol which sits on the Bitcoin blockchain.
So now when an artist creates a Rare Pepe card like so… 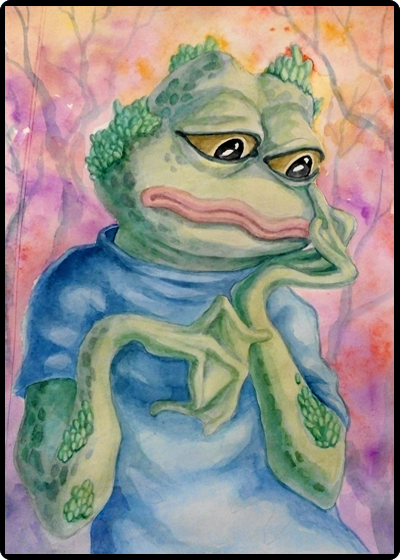 MELANCHOLIA
Yes, while you can just copy-and-paste Melancholia Pepe a million times and send it to your friends and so on, only 132 people can own a Melancholia Pepe card which is certified and digitally signed by the artist. Feels good man?
And that’s just the beginning. Because more and more creative shit is on the way. One designer tied a t-shirt to his Pepe card so if you buy one you get a free t-shirt. Another gifts you a digital music album. And so on.
If you want to purchase these cards, that’s where Pepecash comes in. The geniuses behind PEPECASH gave away 700M PEPECASH to everyone in the community who held a few of the early cards. And thus was born the most fun and most popular currency to trade and buy and own memes. Long live Kek. Sorry little shibes.
So now you have a wonderful loop:
Rare Pepe cards are officially reviewed and approved by Pepe scientists with many collective years of training and sacrificing to the name of Kek.
These magnificent works of art are then released in the Rare Pepe Directory: http://rarepepedirectory.com/ and come in groups of say 50 cards. Each group is a Series and Series 1 was the first.
We’re at Series 20 now so there are now 999 sweet Rares, like LIAMPEPE: 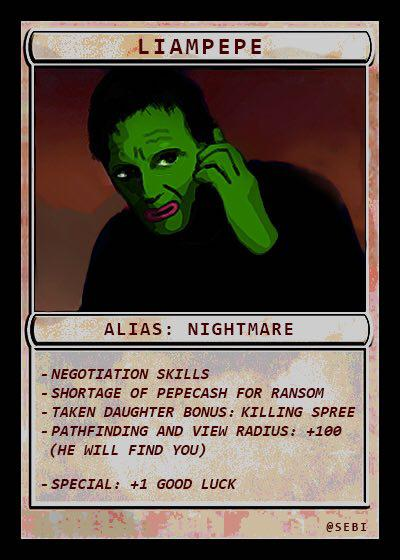 Only 150 of the above and I own one of these bad boys too.
So if you haven’t already grasped the beatific magnificence of Kekism and Pepe-ism let me give some more reasons why this movement is so special:
How can you not like such rares? 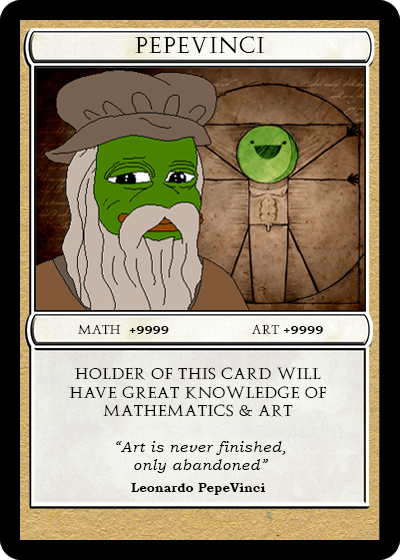 Hop aboard the hype train and join Pepe for the ride:
Word of kek-caution: This is NOT investment advice and whatever you collect or buy or ignore is at your own risk.
But look how cool these are. Look! 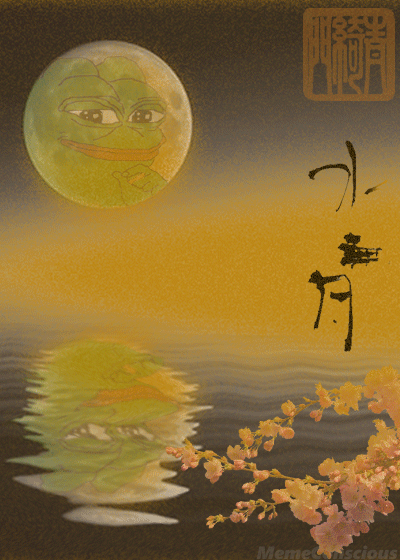 SO HOW DO YOU GET STARTED?
1. Praise Kek. 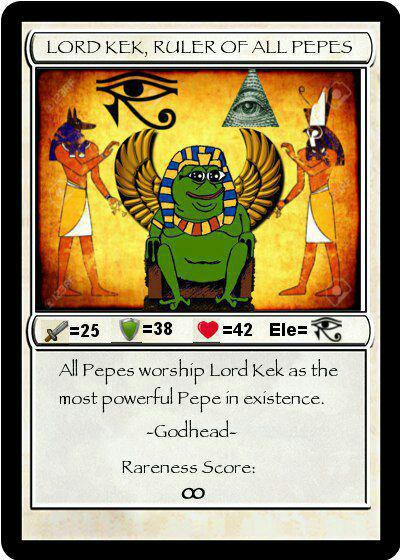 LORDKEK
2. Do some learning
Here are good writings on all things Rare Pepe and Pepe-conomy:
Here is where PEPECASH formed out of the primordial meme soup: https://bitcointalk.org/index.php?topic=1617264.0
Here are all the legit certified Rare Pepes by the pepe-geniuses: http://rarepepedirectory.com/?page_id=1405
Here is PEPECASH CoinMarketCap chart, currently almost $4M true blue inflatable US dollars: https://coinmarketcap.com/assets/pepe-cash/

Editors Note: Current PEPECASH market capitalisation as at 27th May now stands north of $13M US dollars, having been as high as $18M, a greater than fourfold increase in under three weeks.

Here is a gallery of some dank rares: http://rarepepe.gallery
3. Join the Rare Pepe Telegram group: https://t.me/rarepepegradergroup
4. Create a wallet on rarepepewallet.com. Write down and store your password phrase (aka private key or secret key) somewhere safe. Or just email it to me and I’ll take care for you
5. Buy PEPECASH moneys. You need bitcoin first. The sweet isn’t as sweet without the pepe right.
6. Collect Rare Pepes on rarepepewallet.com or the sweet mobile app Book of Orbs
7. Email or message me your wallet ID and I will hook you up with some PEPECASH or Rare Pepes
8. Go much much deeper into Kekism and our frog overlords. Believe for fun and prophet. 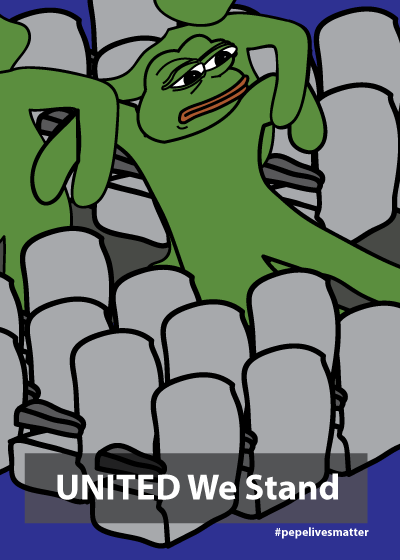 UNITED We Stand
Thanks to the Pepes community and alpha-ism for their help in these dank times.
If you enjoyed or didn’t enjoy this essay, you can send me amphibious gifts here: 1JCzEZKejMPC7EHRyuns5Zg1WRCH3vMAJp
Stay alpha!!
An Essay by Kevin Gao, originally published on Medium as “Pepecash 101: How a frog meme became a cryptocurrency for fun and prophet“